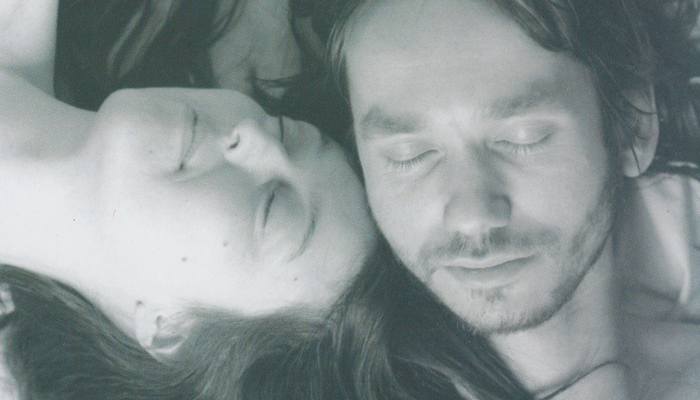 In more than fifteen years of their joint activity, Czech artists Irena Havlová and Vojtěch Havel have passed through several distinctive stages of development. They started to work together in the mid-80s, at the experimental Capella Antiqua e Moderna ensemble which won both public and critical acclaim. The repertoire of that unique association of musicians of the same generation, well versed in music history, spanned various styles of European classical music, ranging from the Renaissance to contemporary music, which they performed with extraordinary facility yet very convincingly, and within it the Havels, a husband-and-wife duo, were able to develop what since the very beginning had been a very unorthodox approach to both historical and modern compositional techniques and interpretive procedures. Besides appearing with that ensemble they were intensively collaborating with many other leading Czech and foreign artists since the late 1980s, gradually creating their typically unclassifiable, multi-style and multi-media sound and image collages. Their favourite partners included Jiří Stivín, Czech jazz multi-instrumentalist of world renown, avant-garde drummer Alan Vitouš, and impulsive guitarist Tony Ackerman, as well as dancers Karel Vaněk and Eva Černá, painter Radek Pilař, and others.

In 1990, with their joint projects with spiritually allied singer-songwriter Oldřich Janota as a logical peak, that stage came to a close and a new one began, with them embarking on their own path. Still in 1990, they released the first of their own CDs, namely Háta H. In this one and those that followed (Yoganidra, Little Blue Nothing, Music Of Silence, Mysterious Gamelanland, Tenderly To Light) they gradually developed their very original, musically autonomous and at the same time very listenable musical concepts. In their pursuit of natural, easily identifiable sound, Irena Havlová and Vojtěch Havel have been advancing forward, step by step, with brilliant intuition and steadfast consistency and, in the process of creative search and discovery, achieving remarkable results that have earned them international recognition.

In the first half of the 1990s, they travelled to India three times and in the desert villages of Rajasthan recorded tens of hours of folk and spiritual music which they later released on four CDs (Agni, Maha Rudra Yagya, Sri Maháprabhuji Bhajans, Sri Mádhavánanda Bhajans). They also made two very inspiring films for Czech Television about India's spiritual life (Agni, Maha Rudra Yagya, Pushkar a Kumbhamela). Their audiovisual project Mysterious Gamelanland, their first collaboration with film director Viliam Poltikovič, won the acclaim of, especially, the less conformist public. In the years that followed, they wrote more film music (for full-length feature films The Way Through The Bleak Woods by Ivan Vojnár, Lines Of Shadow by Martin Miller and Father by Lukáš Hanulák, as well as a number of short films and documentaries) and music for the television and the stage.

In the second half of the 1990s, Irena Havlová and Vojtěch Havel continued to develop their unique musical expression. They recorded and released more of their very original CDs (Vanity Of Wings, The Day In Benedict, Like Butterfly On Your Palm, Your Golden Boat). which earned them acclaim both at home and abroad. At the same time they have been appearing in concert across the Czech Republic, Europe, Canada, and the USA. They travelled to Africa and Japan with the Solstice (Slunovrat) dreamy performance made together with avant-garde artists Petr Nikl and Jana Svobodová.

Because of the universal character of their expression, with them paying attention to the least detail, and the easily discernible originality of their work, Irena Havlová and Vojtěch Havel are sometimes classified as belonging to a specific musical current. However, labelling their music as alternative, global, new acoustic, improvised, experimental, minimalist, relaxation or meditative music, means classifying it in categories that very often actually tell nothing about its form and content. The means they use for their expression are so varied and permanently changing that any attempt at verbally, and only very roughly, describing their musical dialogue is actually very far from reality. The only thing that can be said with certainty is that it is always music that is highly poetic, and penetrates the innermost corners of a perceptive human soul, enriching it at the same time. The most important and most appreciated thing about the performers of this enchanting music is that the two musicians share their unusual gift with their audiences with absolute sincerity and unusual humbleness, carrying a genuinely peacemaking message.