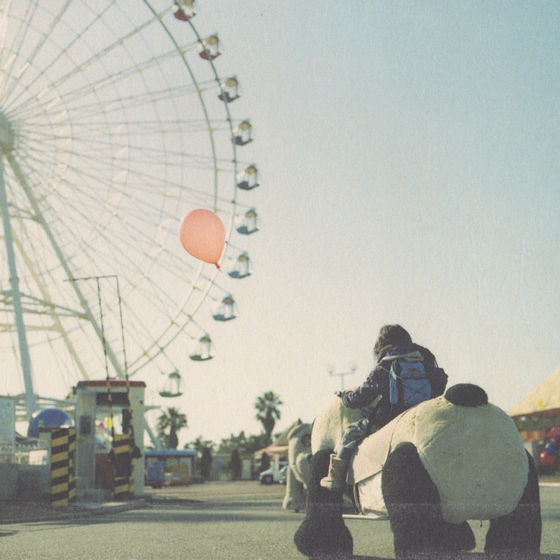 „Preferring the Cage inspired term ‘organiser of sound’ to any other label, Jara Tarnovski is a Bohemian in both the artistic and literal sense. Coming from Pardubice, the town where Semtex was invented, Tarnovski finds it hardly surprising that the local music scene doesn’t really appreciate the subtlety of the kind of music he makes as one third of Gurun Gurun. Nevertheless, Tarnovski and his band mates Tomas Knoflicek and Federsel continue to create music that strikes a fine balance between the organic and electronic, harmony and dissonance. Each member brings his own flavour to the mix, and as a whole, the group have an impressively varied and unusual creative experience to draw from. On first listen, you can hear the Japanese influence of Gurun Gurun’s homonymous debut album, Japanese sound artists Sawako, Rurarakiss (from Miyachan Akichan project) and Moskitoo, providing whispered and breathy vocals. But more than that, there is something in the melodic fabric and playful nature of the album that sounds instinctively Japanese. Along with the sentimental tunes of Japanese pop there are moments of childhood nostalgia invoked by video game sounds and the tinkle of a music box. Gurun Gurun seem to thrive on contribution and collaboration, with a healthy appreciation of the character and skill that outside influence can bring. For their debut, self-titled album, their collaborators include Artem Vartanian on clarinet, trumpet and shepherds pipe, Daniel Meier on violin, Floex on clarinet and koto, Irena and Vojtech Havlovi (The Havels) on alto and tenor viola da gamba, and finally with remixers Opiate (Morr Music, City-Centre Offices and Raster-Noton) and Kora et le Mechanix. Even with such a large of cast of contributors, Gurun Gurun maintain a striking consistency and cohesiveness throughout the album. If you’re wondering about the name, Gurun is a fictional planet from an old school Slovak children’s sci-fi TV series She Came Out of the Blue Sky. This gives the listener a little clue as to the personality of this album. With a past appreciation of the experimental genres, Tarnovski is also heavily influenced with Japanese philosophy and culture. Inspired by the concept of wabi-sabi and the Japanese love for the fleeting and imperfect nature of beauty, Tarnovski’s work reflects his affection for the dichotomous harmony of the organic, spontaneous and contrived. Gurun Gurun are now working on a 2nd album due for release this year. The main players this time will also include Ondrej Jezek guitarist from the Czech band OTK, along with Tarnovski, Knoflicek and Federsel.“